“Kol Ami is a community where each member’s presence is valued. I feel it each time I participate in Shabbat services and events, and whenever I am with the members who are now my friends. It is the warmth of this congregation that keeps me grounded.”

Executive Director Elaine Stevens probably knows more about the history, organization and daily functioning of Congregation Kol Ami than any other individual. This is in part because Elaine has been with us since the beginning. It is also because of her unwavering dedication to the synagogue and its members.

Elaine served as a founding Board member of Kol Ami from 1994 through 2003, during which time she served several terms as treasurer. As such, she was challenged with setting up the young synagogue’s initial financial structure.  Elaine, whose background included extensive administrative work, became Kol Ami’s first Executive Director in 2003. Her position was made full-time shortly after we secured our building.

Although one might not envision Elaine as a thrill seeker, it was the challenge of creating something new and the anticipation of the reward that initially drew her to Kol Ami. Throughout her tenure, she has helped the synagogue stay on course, from its early days as “wandering Jews” to its growth into a URJ-affiliated congregation with a large campus, a K-12 Religious School and a full schedule of programming for members of all ages.

Kol Ami’s commitment to creating and maintaining an intimate and involved Jewish community is what continues to inspire Elaine’s work at Kol Ami. As Executive Director, Elaine is the gatekeeper of the calendar and involved in just about every aspect of the synagogue’s functioning. She has chaired or been a volunteer on so many Kol Ami committees that it would be more efficient to name those on which she hasn’t served.

When Elaine does take a break from Kol Ami, her passion and first love is being an equestrian and enjoying time with horses.  She is also a dog lover and the most popular dog sitter at Kol Ami. 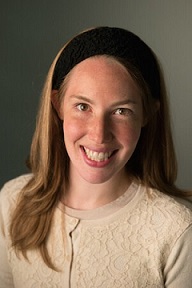 “To come back to a place where I had such a positive experience as a child.  It is like a dream come true. It is amazing because while I was in school in later years for Jewish education my frame of reference was definitely my experience at Kol Ami.”

Rachael has been a part of the Kol Ami community since its foundation and is thrilled to return as the Director of Education! Rachael attended religious school at Kol Ami beginning in first grade through Confirmation. She is a graduate of Georgetown University, where she studied International Politics and Development with an education focus. Rachael also holds a Master of Arts in Jewish Education from Gratz College.

Rachael began her career in Rabat, Morocco, where she taught teenagers and adults at an English language center, first grade and kindergarten at a Canadian school, and served as Program Advisor for CIEE Rabat, a study abroad program for American students.  While in Rabat, Rachael was an active member of the local Jewish community, whose members helped to encourage her to pursue a career exclusively in Jewish Education.

Rachael taught a Reggio Emilia-inspired Jewish curriculum at the Jewish Community Center of Northern Virginia as well as religious school at Temple Rodef Shalom in Fairfax, Virginia before returning to the Philadelphia area.  In 2014, Rachael became a founding teacher of the Yeshiva Lab School in Narberth, PA.  She collaborated with researchers and administrators to create a progressive model of Jewish education based on the most current research in education.  In 2018, Rachael was awarded the Kohelet Prize for Differentiated Education for her work in creating a differentiated Jewish curriculum based in goal setting.

Rachael returned to Kol Ami Religious School in 2017 as a religious school teacher, where she taught Kindergarten through 2nd grade for two years.

Rachael’s passions include incorporating progressive education in supplementary schools, celebrating diversity in Jewish practices and traditions, and intergenerational education and community building.  Rachael lives in Elkins Park with her husband, Yehoshua, and their daughter, Ahava.