Click to learn more about each Clergy member. Send inquiries to questions@kolamielkinspark.org. 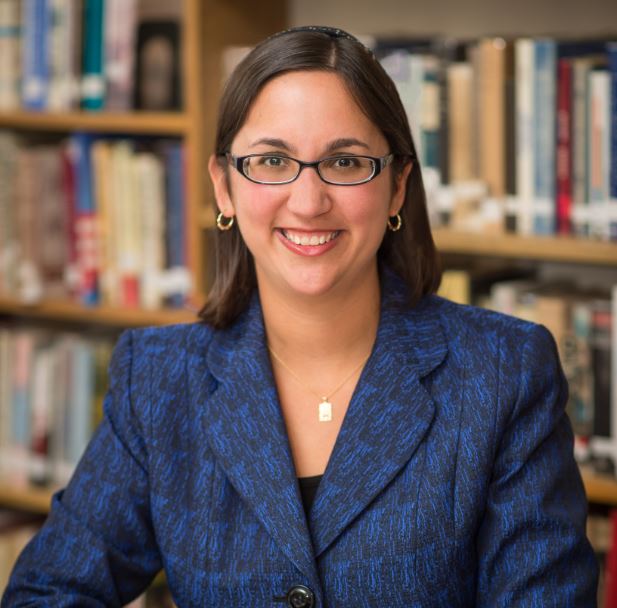 Rabbi Leah R. Berkowitz has strong roots in eastern Pennsylvania. She grew up in the region, where she and her family belonged to Temple Sholom in Broomall, PA. After many transformative experiences, both at URJ Camp Harlam and with the North American Federation of Temple Youth (NFTY), she decided to become a rabbi.

Rabbi Berkowitz is a graduate of Brandeis University, where she earned a B.A. in Near Eastern and Judaic Studies and Journalism. She attended Hebrew Union College – Jewish Institute of Religion where she earned a Master of Arts in Hebrew Literature (2007) and a Master of Arts in Religious Education (2008). She was ordained as a rabbi at Temple Emanu-El in New York City on May 4, 2008.

Rabbi Berkowitz previously served as the rabbi of Vassar Temple in Poughkeepsie, NY (2015-2018), and as the associate rabbi at Judea Reform Congregation in Durham, NC (2008-2013). She also taught Judaic Studies on the faculty of Gann Academy in Waltham, MA (2013-2015).

Her community and religious service includes serving as a member of Concerned Clergy for Choice at Planned Parenthood Empire State Acts. She served two terms as the Network’s vice president and is currently the co-president of the Women’s Rabbinic Network.

Rabbi Berkowitz served on the editorial board of the CCAR Journal: The Reform Jewish Quarterly. She also collaborated on the creation of The Torah: A Women’s Commentary, Mishkan Ha-Nefesh, the Reform movement’s new High Holy Day prayer book (which we use at Kol Ami) and Mishkan Ha-Nefesh for Youth, which was just released at the 2017 Biennial.

Rabbi Berkowitz’s passions include creative midrash, heroic women in the Bible, writing and storytelling, and creating inspiring worship, learning, and life cycle experiences. Her goal as a rabbi is to empower people to live their best lives, by creating meaningful experiences rooted in the Jewish story.

A prolific writer, her essays have appeared in the Jewish Women’s Archive Blog, The Sacred Calling: Four Decades of Women in the Rabbinate, God: Jewish Choices for Struggling with the Ultimate, and Spirituality 101: Your Guide to Keeping-or Finding-Your Spiritual Life on Campus. Her short stories have appeared in the Drum Literary Magazine, The Helix Literary Magazine and Jewish Women’s Literary Annual.

Her first book for children, The World Needs Beautiful Things, came out in the Fall 2018 (KarBen).  Her second picture book Queen Vashti’s Comfy Pants comes out in February 2021 (Burnham House).

She is thrilled to be back in the area and close to her family.  She is excited to join Kol Ami in the next phase of our congregational life.

“I believe that we are surrounded by blessings. I try to live in this constant state of awareness. Congregation Kol Ami has brought out the best in me because it is here that I have been able to fully develop my Jewish sensibilities, and to do so with passion and joy.”

Every synagogue is shaped to a great extent by its spiritual leaders; in the case of Congregation Kol Ami, however, it would not be exaggerating to say the congregation exists because of Rabbi Elliot Holin. It was his energetic and creative approach to Judaism that led the congregation’s founders to gather around him to launch Kol Ami in 1994, and it is Rabbi Holin’s warmth and dynamism that continues to attract and inspire new generations well into the congregation’s second decade.

The Hebrew Union College–Jewish Institute of Religion summed up Rabbi Holin’s qualities in 1999 when it honored him as an “innovative rabbi whose spirit and vision motivated the creation of his congregation, who has combined pastoral devotion with the skills of a communal leader and has done pioneering work in finding new ways of bringing religion to countless people, and whose spiritual leadership has brought healing and positive religious direction to many.”

Certainly the hundreds of families whose lives he has touched – throughout the Delaware Valley and beyond – would agree. But at Congregation Kol Ami we know him not only as a tireless teacher and caring pastor, but also as a devoted friend, a participant in countless simchas and important family transitions.

Indeed, family is central both to our congregation and to Rabbi Holin, whose own family has been a part of Kol Ami since its founding. He and his wife, Susan, are active parents as well as congregation leaders, sending sons Jonathan, David, and Joshua through the Religious School, Bar Mitzvah and Confirmation programs. As long-time congregants well know, family was and is central to Rabbi Holin’s own development as a teacher, scholar and innovator within the Jewish community.

“I have been blessed,” he has written. “My parents fled Vienna just before Kristallnacht in November of 1938. They made their way to London, and then to America. … Our home was defined by adherence to kashrut, benching licht over the Shabbatcandles, and Kiddush… and though they veered away from Orthodox theology, they sought ways to affirm Jewish values and found them in the Reform Movement. I had the best of both worlds: affinity for tradition and a liberal Jewish education. One bridge would bring me closer to my parents and faith, and the other bridge would enable me to stake a claim to my identity as a first generation American. …”

It was a bridge that also stretched from coast to coast: after graduation from the University of California and the Hebrew Union College-Jewish Institute of Religion, where he was ordained in 1974, Rabbi Holin served in pulpits as far apart as Pittsburgh and Los Angeles before settling in Philadelphia in the mid-1980s. Along the way he earned a nationwide reputation as an innovator who has brought religion to people in a host of creative ways. Under his leadership, Kol Ami has established such traditions as the annual Tikun Olam Award for those who build bridges and strengthen the community, Family Camp weekends that bring congregants together, adult B’nai Mitzvah classes, and fasts to raise consciousness and funds for those in need.

He earned the title Reform Jewish Educator “to signify the achievement of academic and professional standards of excellence as an educational leader within Reform Judaism” awarded by the Central Conference of American Rabbis, the National Association of Temple Educators, Hebrew Union College-Jewish Institute of Religion, and the Union for Reform Judaism.

He was a consultant for the book ‘Introduction to Judaism – A Course Outline’ published by the Union for Reform Judaism.

Rabbi Holin also serves as police chaplain for the Cheltenham Township Police Department. He participates in monthly ride-alongs to develop relationships with police officers, attends seminars with them, and is available for counseling, with the goal of continuing to strengthen community relations.

A man of seemingly endless enthusiasm, Rabbi Holin has led congregational trips to Israel and Cuba, organized “Mitzvah Days” of caring and service, and inspired many of Kol Ami’s young people to become actively involved in the Jewish community. It has been, as he says, a uniquely fulfilling journey: “With Kol Ami, I have finally found the fully expressed, joyful dimension of my rabbinate.”

The feeling is mutual. 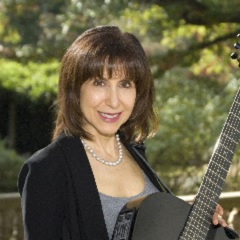 “Congregation Kol Ami is my home away from home, and its congregants are like family. I always love being there!”

Award-winning Jewish composer and musician Rebecca Wolpert Schwartz became the Cantorial Soloist at Congregation Kol Ami in September 2008. An internationally acclaimed singer, guitarist, songwriter and performer, she has specialized in integrating song with the worship experience, amplifying the power of prayer through music.

Congregants have come to appreciate Rebecca’s musical leadership and ability to create “a landscape for prayer.” Members enjoy singing along to familiar Jewish favorites as well as many of Rebecca’s original songs.

Under Rebecca’s direction, Congregation Kol Ami released two CDs featuring Rebecca and the Adult and Student Choirs.  They include Shir Shabbat: The Music of Shabbat at Congregation Kol Ami, Volume 1 and Chai Lights from the Voices of Kol Ami, 18th Anniversary Edition.

As an independent songwriter and performer, Rebecca has written and produced four albums of Jewish music and an album of secular music, along with two songbooks. Her songs can be heard in synagogues and homes worldwide, and her “Modim”, “Or Chadash”, and “Y’did Nefesh” have been published by the Union for Reform Judaism. Rebecca also has written and recorded songs to help teach autistic children.

Rebecca’s compositions “Y’did Nefesh” and “Birkat Haneirot” both received awards at Shalshelet’s First International Festival of New Jewish Liturgical Music in November 2004. In May 2008, Rebecca was chosen to perform in the First International Jewish Music Competition in Amsterdam. She has also presented musical workshops and performed at major Jewish conferences in North America.

Rebecca is a published author featured in “Music, Carrier of Intention in 49 Jewish Prayers”, published by Kimberly Burnham and Elizabeth W. Goldstein.  Sixteen of her songs are featured in “The Jewish Path: A Concise Guide & DVD Bringing Judaism to Life”, written by Rabbi Wendy D. Pein and Nancy J. Freedberg.

Rebecca resides in Jenkintown with her husband, Joel.  They have two sons, Jeffrey and Eric.